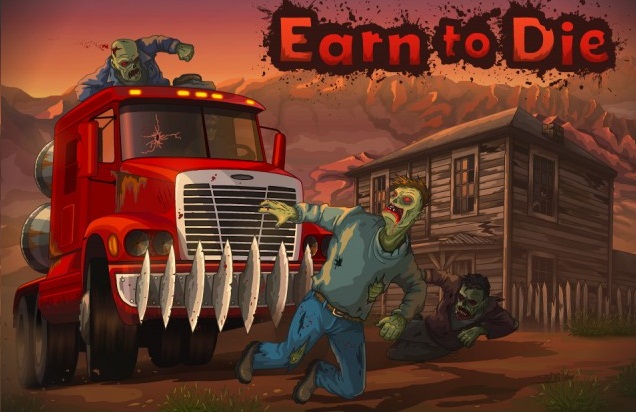 Earn to Die Hacked – Unlimited funds and other perks in a vehicle-based, zombie squishing game?  Just tell me where to sign.

Taking the ‘Earn’ out of ‘Earn to Die’

The type of earning in Earn to Die isn’t your average strife for income. Forget sitting in an office from 9am until 5pm, pretending to look at the computer screen and acting like you’re doing work that really wasn’t all that important in the first place, which is a good job because there’s no way that you were ever going to do it. You were too busy scouring the internet for some instantly-enjoyable flash games that your boss can unknowingly pay you to play instead. Say you stumble upon Earn to Die and you like the cut of its jib, but you soon realise that the ‘earn’ in the title refers to the need for grinding through the level repeatedly, struggling with the basic starter vehicle for a while in order to earn enough money to afford upgrades that very slowly allow you to progress further. It sounds like a fun concept, but one that is too time consuming for your needs, right? Wrong, or at least you are until you check out Earn to Die Hacked, with all the flavour of the original but with none of the fuss.

For newbies to the Earn to Die way, the game is concerned mainly with smashing and mashing the absolute dying nightdarks (opposite of living daylights, of course) out of the zombies that litter the very terrain that you need to drive over in order to reach the end of the level. It’s primarily a distance-based affair where your distance is recorded and you are rewarded with a proportional amount of cash at the end of each round, though you also get money for the number of zombie you pulverise as well. The object is really to upgrade your initially dire vehicle into a respectable, if not absolutely devastating vehicle of zombie destruction that is capable of making it to the end of the run without running out of fuel or getting stuck on a slight incline because of a lack of power, thus ending your turn and sending your back to the garage for more upgrades.

To take the sting out of having to repeatedly earn cash over and over again with a poor-quality car with no upgrades, this hacked version affords you some advantages which are as follows:

So is this game any different from the Toffee Games original? Absolutely, but only in the respect that you can summon vast quantities of cash to make all of your progress arrive at once, allowing you to purchase upgrades and vehicles at your behest. Some say the hacks take away from the fun of things, but in a game that is based on upgrades, attaining them is the root of the fun in the first place: Earn to Die Hacked just allows you to attain them faster.